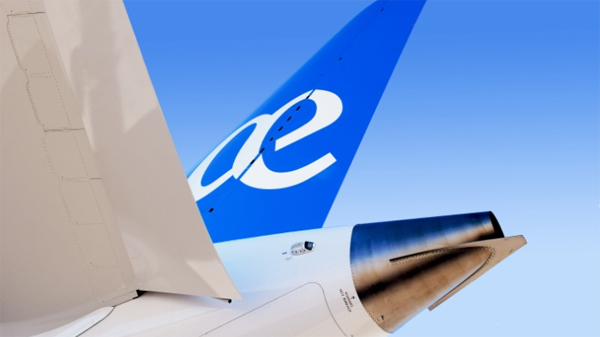 End of an era: Australia retires its last F/A-18 Hornets this week JetSMART Cargo debuted with a salmon shipment to the U.S.

JetSMART Cargo’s service officially debuted on Wednesday 23 with the delivery of four tons of fresh salmon from the Acosta & Acosta firm from Punta Arenas, in Chile’s Magallanes region, to the United States.

Cargo is transported by JetSMART and then arrives in the United States as a result of interline agreements between the ultra-low-cost carrier and WCS.

According to JetSMART, this new service targets 100% of the cargo transportation needs of B2B companies (e-commerce, salmon, mining, energy, freight forwarder, and courier, among others), and is projected to move around 2,500 tons in and out of Chile during 2022.

JetSMART Cargo will initially have bases in Chile: Santiago, Arica, Iquique, Antofagasta, Puerto Montt, and Punta Arenas, whilst internationally it will operate in Lima, Buenos Aires, and Bogota, with WCS facilitating a global reach from there.

«We are very pleased to be able to take this new step in the business diversification that, in line with our ULCC essence, will allow us to move cargo for companies, but also SMEs and entrepreneurs to various places in Chile and other countries around the world. Our service is unique in the country, being a hybrid passenger/cargo service, it optimizes the use of fuel and, therefore, reduces the carbon footprint. We are optimistic about the contribution we will make to the country’s recovery and we will continue working to offer the lowest prices in the market with high-quality standards,» Estuardo Ortiz, CEO of JetSMART, remarked.

«With WCS’s extensive network around the world, providing services to airlines such as Iberojet, Worl2fly, Jazeera Airways, and Nile Air, we have the opportunity to expand our business to other continents. In three years, our goal is to position ourselves as the second-largest cargo player at the national level,» said Diego Convalia, JetSMART’s Chief Operating Officer.

By accepting you will be accessing a service provided by a third-party external to https://travelecto.com/

By accepting you will be accessing a service provided by a third-party external to https://travelecto.com/